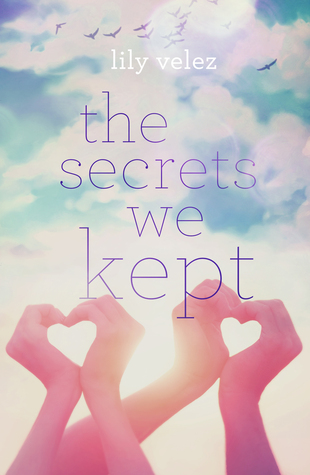 One year. That’s how long it’s been since childhood sweethearts Sully Graham and Cadence Gilbertson broke up, since one adoption and one out-of-state move turned their worlds upside down. Suddenly, Cadence is back in New York City, but something’s different about her. The light in her eyes, the music in her laughter, the warmth in her smile—all of those things have entirely vanished. In their place stand the makings of a girl Sully can’t even begin to recognize, much less understand.

Still, despite the collective history of heartbreak between them, he’s convinced he can win her trust again, and he’s committed to proving the invincibility of their love no matter what it takes. But Cadence is quietly harboring secrets of her own. Dark secrets. Ugly secrets. Secrets that could break a person. And though broken herself and unbearably lonely, she’s determined to protect Sully from her terrible, biting truths. Even if it means locking him out of her life forever.

The only problem is it seems her heart hasn’t quite received the memo. One glimpse of him is all it takes for her to trip into familiar (and, she’ll admit, addictive) feelings that threaten to all but consume her. Now her biggest fear is that her secrets will begin to slowly unravel one by one…long before Sully’s resolve ever does.

The Secrets We Kept by Lily Velez was not quite what I expected. It turned out to be way better. I knew that I would love the book right from the time I got through the first chapter. The story is about Cadence and Sully, a teenage couple that broke up a year ago and is now trying to work out things…well; at least Sully is trying to get Cadence back. However, this is not an ordinary teen couple. Sully and Cadence’s story started out when they met in a foster care. Their foster parents then were abusive and so the kids had to watch out for each other. In this chaos, friendships and a little romance blossomed. However, adoption and an out of state move soon separated the couple.

The characters in this book were all amazing. Cadence is a flawed character dealing with so much in her life. It was easy to sympathize with her and just route for her through the struggles. Sully is way too grownup for his age. He is the guy who takes care of other people around him. Working three jobs, taking care of his younger brother while trying to follow his dreams and also get his girl back, Sully’s life is full of drama. I also liked the support characters especially Hayley. His background story was shocking and moving. Hayley seemed alone in the world. One day he woke up in a wonderful home with a loving family but by the end of the day, he was alone. The narrations about his tragic life and how he was coping were sad. I liked Hayley and wish we could have seen more of him. Other support characters that I liked were Spencer (Sully’s kid brother) and Novah who was a friend to Cadence and Sully. All the main characters were so well developed that it was easy to get immersed into their stories.

The story is narrated through two main timelines. We get to know about current happenings through a number of POVs but there are also flashbacks that give an insight to the characters’ lives a year ago. Velez’s writing is beautiful. The prose had an easy flow and the author has a way of getting readers lost in the story. The writing and the characters made this quite an emotional read. I found myself getting lost in every character’s personal story.

The Secrets We Kept by Lily Velez is a book about first love, family and friendships. It also tackles a number of themes such as mental illness and depression, death, PTSD, adoption and abuse. The book also talks about abortion. I think Velez managed to tackle all these issues with the sensitivity that they deserve. I also liked how the issue of foster care was portrayed in a well-balanced manner with the inclusion of both bad and good guardians.  I also liked the fact that the author gave an in-depth look at each issue. For instance; some of the characters attend group therapy where the discussions are not just mentioned in passing but as a reader, you actually get a deeper understanding of the issues being discussed. It was clear to see that Velez had researched on all these themes in order to portray them in such a detailed, realistic manner. If you are looking for an issue-driven YA then you should definitely read this book.

Lily Velez has been writing stories since she was six years old. Not much has changed since then. She still prefers the written word and her overactive imagination over the ‘real world’ (though to be fair, her stories no longer feature talking dinosaurs). A graduate of Rollins College and a Florida native, when she’s not reading or writing, she spends most of her days wrangling up her pit bulls Noah and Luna, planning exciting travel adventures, and nursing her addiction to cheese. All this when she isn’t participating in the extreme sport known as napping. You can learn more about Lily and her books at www.lilyvelezbooks.com.

20 thoughts on “Book Review: The Secrets We Kept by Lily Velez”