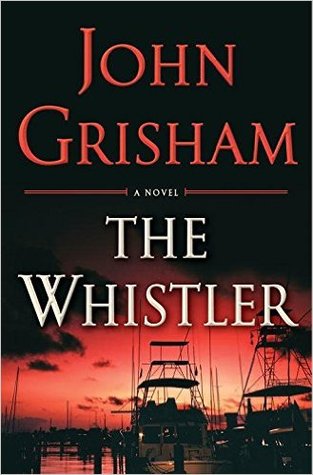 We expect our judges to be honest and wise. Their integrity and impartiality are the bedrock of the entire judicial system. We trust them to ensure fair trials, to protect the rights of all litigants, to punish those who do wrong, and to oversee the orderly and efficient flow of justice.

But what happens when a judge bends the law or takes a bribe? It’s rare, but it happens.

Lacy Stoltz is an investigator for the Florida Board on Judicial Conduct. She is a lawyer, not a cop, and it is her job to respond to complaints dealing with judicial misconduct. After nine years with the Board, she knows that most problems are caused by incompetence, not corruption.

But a corruption case eventually crosses her desk. A previously disbarred lawyer is back in business with a new identity. He now goes by the name Greg Myers, and he claims to know of a Florida judge who has stolen more money than all other crooked judges combined. And not just crooked judges in Florida. All judges, from all states, and throughout U.S. history.

What’s the source of the ill-gotten gains? It seems the judge was secretly involved with the construction of a large casino on Native American land. The Coast Mafia financed the casino and is now helping itself to a sizable skim of each month’s cash. The judge is getting a cut and looking the other way. It’s a sweet deal: Everyone is making money.

But now Greg wants to put a stop to it. His only client is a person who knows the truth and wants to blow the whistle and collect millions under Florida law. Greg files a complaint with the Board on Judicial Conduct, and the case is assigned to Lacy Stoltz, who immediately suspects that this one could be dangerous.

Dangerous is one thing. Deadly is something else.

This is one of the books that my book club decided to read this month. Needless to say, as a Grisham fan, I was delighted by the decision. In The Whistler, Grisham takes on a new case whereby a corrupt judge is being investigated by the Board on Judicial Conduct. Heading the investigation is Lacy who takes on the case assisted by her partner, Hugo.

This book had all the makings of a suspenseful legal thriller. At the heart of the story is the anonymous informer known to the investigators as Greg Myers. Myers is mysterious. He works with an alias, lives on a boat and operates with a number of dispensable phones. He is the one who with all the information concerning the judge. In addition, he also works with an intermediary and the whistle-blower. All these characters have hidden identities not known to readers or the investigators.

I really liked the two investigators and their friendship. Their banter and relationship outside work made this quite an interesting read. Other characters that stood out include Lacy’s brother, Gunther and her boss, Geismar. I also liked Greg despite his shiftiness.

Most of the Literary Gems (the members of my book club also known as the gangsters) agreed that the story was interesting. They liked the angle of Indians and the casinos, the Coast Mafia and the whole money laundering story-line. They also liked Hugo, one of the lead investigators. Other members really liked Gunther. Although, this character is controversial (I didn’t like him).

I think that most of us agreed that the ending was rushed. The story builds up slowly and suddenly, so many things happen very fast and the epilogue ended up being too lengthy trying to wrap-up things.

There are members who felt like characterization was a bit weak (I didn’t think so). It was hard to really connect with most of the characters. However, I think this is usual in most legal thrillers that tend to be more plot-driven than character-driven.

I had an issue with the portrayal of Hugo, the seemingly only black character in the book. I felt like his race kept on being unnecessary brought up and his character was based on a number of stereotypes (again, I was the only one with this view).

As I already mentioned, I do love legal thrillers especially by John Grisham. However, The Whistler is not one of my favourite titles by the author. I enjoyed the fact that the author did something different by focusing on an investigation about the judge as opposed to the usual court-room drama common in his books. However, I don’t think that this book was thrilling like his other titles such as The Rogue Lawyer so I ended up not enjoying it as much as I thought I would. That said, I can’t wait to read his next book.

19 thoughts on “The Whistler by John Grisham”