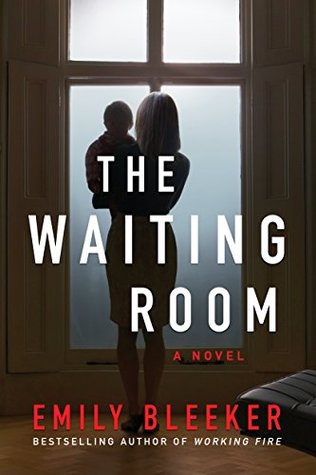 Ever since her husband’s death collided with the birth of her daughter, postpartum depression has taken hold of Veronica Shelton. She can’t sleep, can’t work, and can’t bear to touch her beautiful baby girl. Her emotional state is whispering lies in Veronica’s ear: You’re a bad mother. Your baby would be better off without you. But not everything can be reasoned away by Veronica’s despair. Can it?

After all, the break-in at her house happened. The disturbing sketches she found in her studio are real. So is the fear for her daughter’s safety—especially when Veronica comes home to a cold, silent nursery and a missing baby.

As she turns from victim into primary suspect, Veronica realizes that only she can find her daughter. Authorities aren’t helping. They’re only watching. Veronica’s concerned mother has suddenly vanished from her life. And a new friend seems to be keeping secrets from her too. Now, reality is waiting for Veronica in a dark place—because someone’s mind games have only just begun.

This is one of those books that have to be reviewed without saying much about the story-line. Veronica is a mother who is struggling to connect with her baby after her husband died. Through her story, the author tackles the theme of postpartum depression.  Needless to say, it was hard to read about this condition. I can’t imagine how difficult it is for women who experience it. At the same time, the author helped in making it possible to understand PPD from the POV of someone going through it. I could understand and sympathize with Veronica’s struggles and I found myself getting emotional a couple of times as the story progressed.

Apart from postpartum depression, there is also another heavy theme of grief. Veronica lost her husband and through her support group, we also meet other characters who are coming to terms with their personal losses. These themes made this an even heavier read.

The mystery in the story was interesting and well developed. At first, I had no idea where the story was going. However, at some point I had my suspicions about one of the major twists and it actually turned out that I was right. However, there is more than just 1 twist in the narrative so I couldn’t have predicted everything. In particular, the final twist really surprised me.

The pacing of this book does take some getting used to. It is really slow at the beginning but picks up around quarter way and the remaining chapters are fast moving and thrilling. I think what I appreciated most about the story is how well the author managed to portray the themes, especially about loss and postpartum depression. By the time I turned the last page, my heart was completely broken by Veronica’s sad story.

40 thoughts on “Review: The Waiting Room by Emily Bleeker”