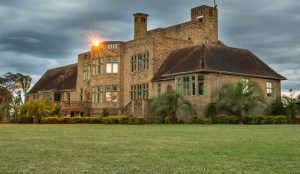 It is said that love makes people lose rationality and do crazy things. I do agree with that and can  share a few stories of my own moments of ‘loved induced’ temporary insanity. However, this is not about me. This is about men who have done extraordinary things for the women that they love.

“I have loved to the point of madness; that which is called madness, that which to me, is the only sensible way to love.”

1. The Hanging Gardens of Babylon

King Nebuchadnezzar was concerned when he noticed that his new wife, Queen Amytis was forlorn and homesick. He realized that Amytis was unhappy because she missed her home where there were highlands, valleys and forests unlike the desert where the King lived. King Nabuchadnezzar then decided to build the Hanging Garden of Babylon for her. The Hanging Gardens of Babylon was so beautiful that it is listed under the seven wonders of the ancient world. It was filled with plants, trees and flowers so exotic like nothing anyone had seen before.
2. Taj Mahal

The Taj Mahal is another magnificent building that was built for a woman. It is said that the Taj Mahal took over ten years to build.The Taj Mahal was built by Shah Jahan, emperor of Mughal empire, for his third and favorite wife, Mahal. Mahal had died at childbirth and the distraught King decided to build the Taj Mahal for her tomb. It is said that during the two year mourning period, Shah Jahan was consumed with so much grief that he prohibited music and entertainment in the region.

“Above all things I believe in love. Love is like oxygen. Love is a many-splendored thing. Love lifts us up where we belong. All you need is love!”
— Christian in Moulin Rouge!

3. The Kenyan Love Story…Or Not!
The Lord Egerton Castle

Now imagine this, a man falls in love with an Austrian woman. He brings her to Kenya to his nice cottage. However, the woman unimpressed by his abode, laughs at him and declares that his home resembles a chicken coop or a dog kennel. This was in reference to the modest size of the home that only had…ahem… six bedrooms. That tiny place! Before, you judge her too harshly; you should know that this lady was ‘royalty’ hence a six bedroom house to her was just the same as living in a shoe. The lady was so disgusted by the tiny house that she fled back to her country leaving behind a very broken hearted man.

The man still determined to win her over decides to build her an impressive, grandiose castle with 52 rooms. The castle was so splendid that none other rivaled it even in England. The building materials were bought from Europe and the laborers were from Asia. At the end, he invites back the woman of his interest and once again, she rejects him in public. Even after building her such a magnificent and whimsical castle, she still remained unimpressed.

This is the story of Lord Maurice Egerton Tatton and the Austrian Lady (her name was never given).The Castle that he built is known as the Lord Egerton Castle and is located about 12kms from Nakuru town. It was built in the 1930s but still stands to date albeit a bit rundown over time.
It is said that after the rejection, Lord Egerton decided to focus on farming on his 26,000 acres of land. He then furnished his castle as if a family lived there. Lord Egerton forbade entrance into the castle apart from the servants. 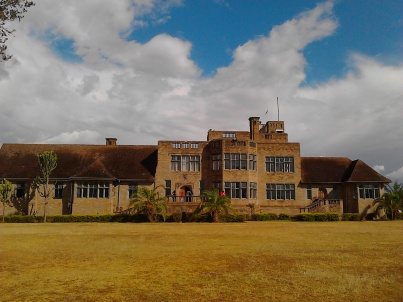 In particular, women were banned from ever entering the castle or walking around its grounds. Because the Lady had compared his first home to a chicken coop or dog kennel, Lord Egerton hated dogs and chicken and they too were banned from the castle and its environs. So yeah, women, chicken and dogs… So serious was Lord Egerton that he put up notices on trees around his land and castle warning women that they will get shot if they ventured into the forbidden grounds. 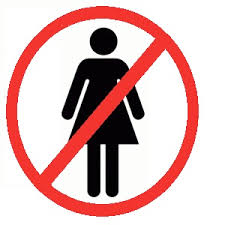 If you think banning women from his grounds was extreme, wait till you hear what he did when visiting his servants. Lord Egerton would issue a two weeks’ notice every time he wanted to visit the Servants’ quarters. This notice was issued so that the women (wives and daughters) could vacate the premises in good time ahead of his visit. Lord Egerton died a lonely man in 1958.

Today, the Lord Egerton Castle is a tourist attraction where men and …women roam around freely admiring the grand home. It is also a popular venue for weddings. I can just imagine how Lord Egerton is looking down at his castle, face contorted in rage as he watches women and girls (and perhaps even dogs and chicken) walk and run around his home.

“Basically, all women are nurturers and healers, and all men are mental patients to varying degrees.”
― Nelson DeMille, The General’s Daughter


So when a man loves a woman, he builds her something grand. And women, when a man builds you a castle, don’t reject him lest he decides to punish all other women (dogs and chicken too) because of you.

Me, at the steps of the forbidden castle

A few more images from around the castle: 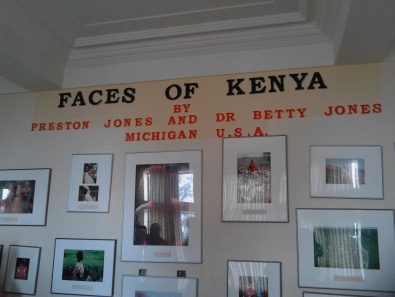 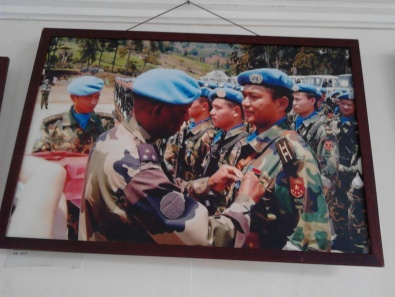 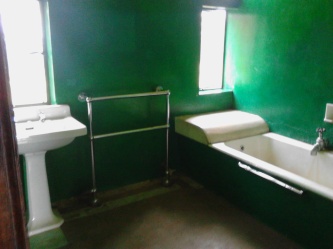 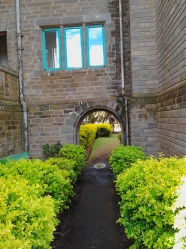