I have had this book on my reading list for a while now until last week when I finally got a hard-copy of the book from our library. I have been reading memoirs this month and so I decided to finally read the story of this great man, Barrack Obama.

Dreams from my father is a beautifully written story about Obama’s journey towards discovering his heritage. Obama’s mother was an American but his father was Kenyan. However, at only two years old, his father walked out on them only to comeback briefly when he was ten years old before disappearing again. Years later, Obama received a call letting him know that his father had died in a road accident.
The death of his father triggered Obama’s quest to find out about the man who left him and also establish the truth about his inheritance. Obama first goes to Kansas, Hawaii and finally to Kenya in search of the missing pieces of his life.

The memoir is written simply and in remarkable prose. Reading the book made me feel like I was seated in a room listening to Obama narrate the story. Naturally, I loved the part about his visit to Kenya. It’s the first time that I read something about Kenya written authentically by a foreigner. He told stories about the good and bad sides of Kenya and it was all based on facts that any Kenyan can attest to. He spoke about the fact that people kept asking him for money and gifts from America which again is true about Kenyans. He gave accurate descriptions about the foods and the people. As I said, the good and the ugly were all true. I didn’t get the same feeling that I had when I read Aryan Hirsi’s description of Kenya in her book, Infidel or Nurrudin Farah’s description of Nairobi in Hiding in Plain Sight. Obama was honest; he did not exaggerate or try nor make Kenya seem like something that it isn’t. I really enjoyed that; it made me smile and think about the last time he in was in Kenya and his feeble attempts to speak Swahili.

Reading about Obama’s story reminded me of the first time that he ran for president. We(most Kenyans) cvvv spent hours watching the presidential race and praying that he would win. The day he won was such a big celebration that Kenya had a national holiday. There is pride in seeing one of your own succeed (his father is Kenyan so yes, we claim the man). I had the same feeling when he landed in Kenya in July, 2015. As I watched his half run down the stairs of Air Force One, the excitement was palatable. It was also very sad when to see him wave goodbye before disappearing behind the doors of his plane. Kenyans will always think of Obama as one of the sons of the land. He will always remain, our cousin in America who made us proud. 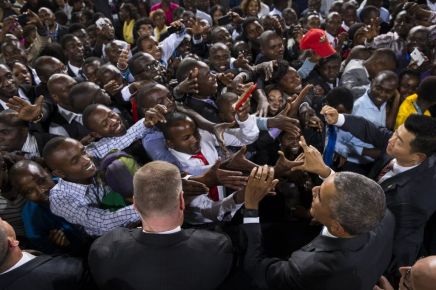 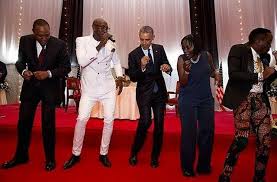 Dreams from my father is a book that I greatly enjoyed and would gladly recommend it to anyone looking for an inspiring memoir.

6 thoughts on “Book Review: Dreams from My Father: A Story of Race and Inheritance by Barrack Obama”